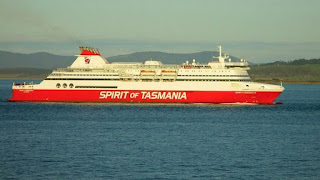 Yep, it's time to head for more temperate climes so Tassie look out, here I come. 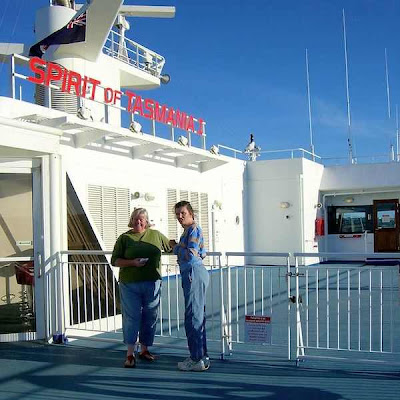 After a very smooth ferry crossing the first first night "abroad" was spent at the wonderful free camp situated just behind the shops in the township of Latrobe.

In 2004 and 2006 Danni accompanied me on the Tasmanian adventures and so I was feeling a bit nostalgic and took a trip down memory lane through some old photos where I found this one one of us on board the Spirit of Tasmania. 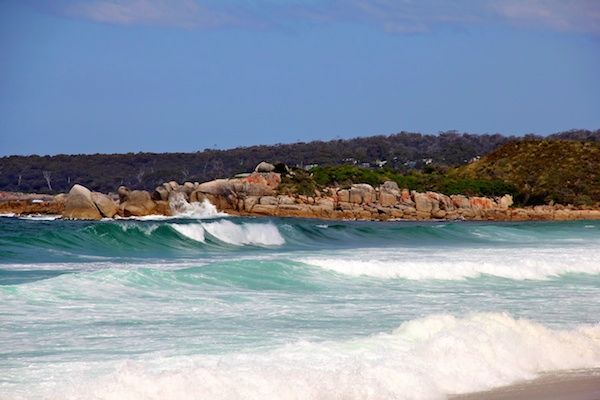 After a short stay at the delightful Deloraine Caravan Park it was time to meet up again with Laurie and Tim at Swimcart Beach free campsite which is in the famous Bay of Fires Conservation Area in north east Tasmania. 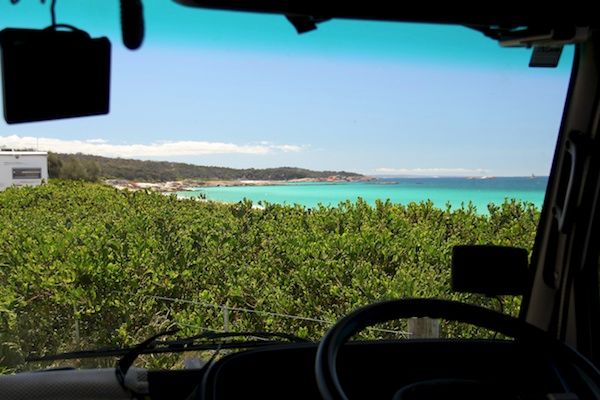 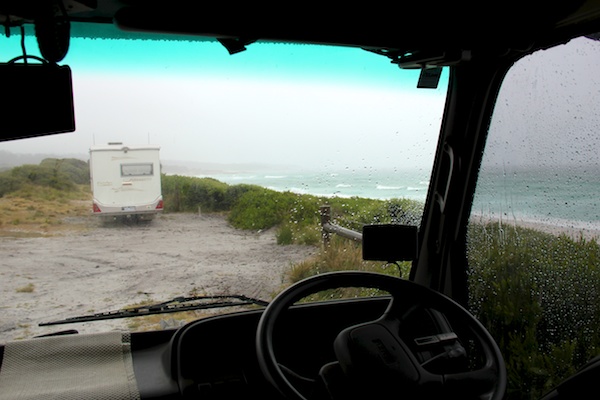 After being here for 3 glorious sun-filled days it's now started to rain but the view from the motorhome is just as spectacular either way - azure blue seas contrasted with wild, turbulent white capped seas. 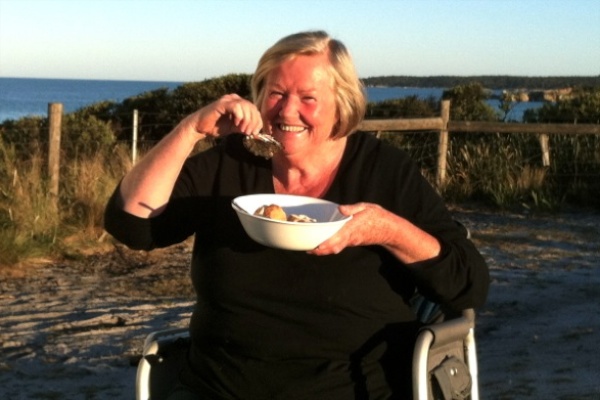 As the ocean is the main feature of this area seafood is in abundance and nearby there are a number of Pacific Oyster farms where, at the moment, it's possible to get live oysters for around $7-8 per dozen (I was actually given 14 for this price!). 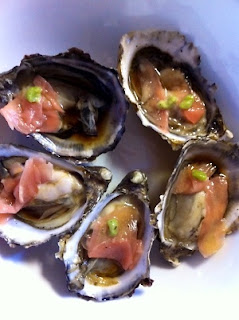 Delicious, freshly shucked and served au naturel, or with:


a dash of soy sauce,
a piece of pickled ginger, and
a dab of wasabi

… heavenly food for a heavenly spot 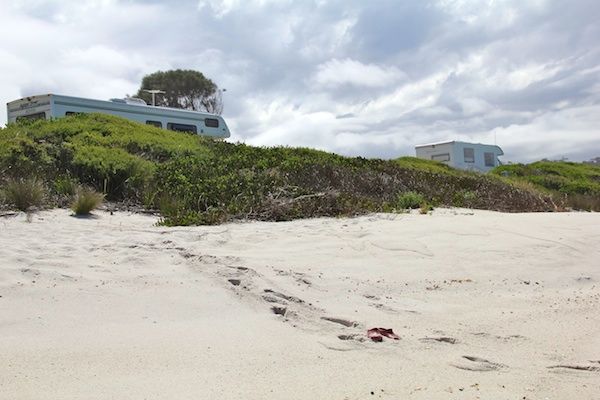 This is our campsite taken from the beach
Labels: 2012 summer trip, Tasmania