Whilst camped at Oatlands I met these two interesting characters — Neo the gentle giant and Jürgen, camper extraordinaire and all round good cook. 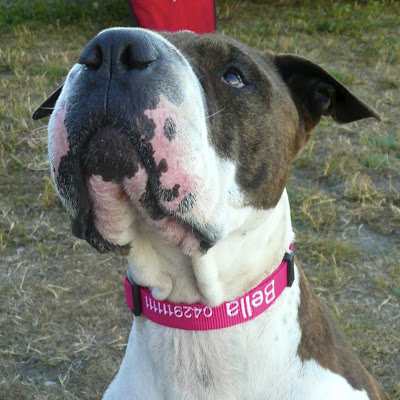 For a few weeks now I've been looking for a large dog to use as a model for the iD Pet Collars leaflet and Neo seemed to be the perfect candidate. Only problem was the only large demo collar was hot pink and had the name "Bella" on it, Neo didn't seem to mind so we went ahead and had a successful photo shoot (and yes! I know the collar is upside down, but this was the best photo!) — hope he recovers soon from the affront to his masculinity at being called Bella. 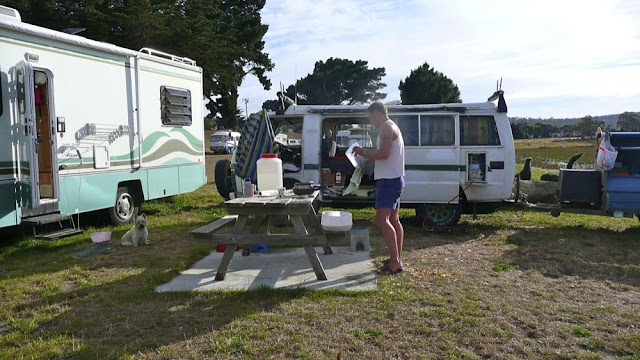 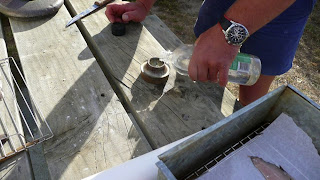 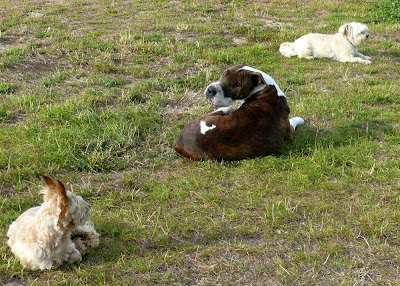 Hope this photo doesn't cause Laurie to hop on the next plane back to Australia  ;-)

Here's Timmy having a relaxing time with his new best mates - Neo and Axel.

Tim is being such a good boy that, if we're in a safe place, he's allowed off-lead for a short time.  So far he's lived up to the trust put in him and comes back immediately when called and doesn't go walkabout but hangs out around Skye and the motorhome.
Labels: 2011 trip, Tasmania