Nicer than it sounds! 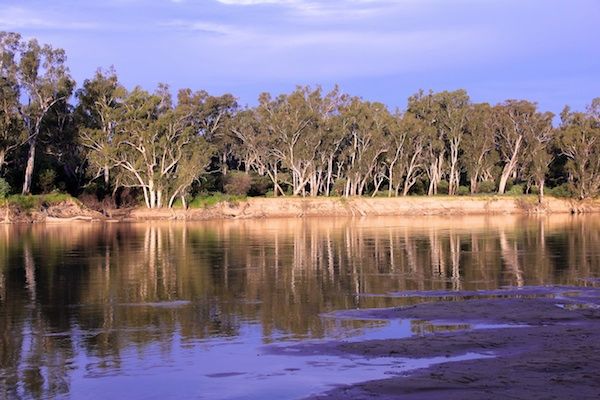 Dead River Beach … what an inappropriate name for this beautiful spot on the banks of the Murray River on the Victoria/NSW border. The river flow and beach landscape have changed since my last visit here in 2007.  Since then there have been years of drought followed by major flooding this year. A few weeks before we arrived water had been released from Yarrawonga Weir which was 98.3% full. The water levels in Lake Mulwala (which is formed by the weir) are drawndown annually to destroy the invasive aquatic weed Egeria densa by exposing it to the air. 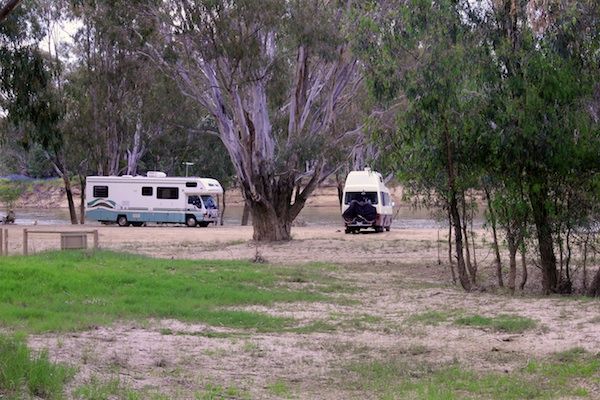 When the water was released the spot where we are camped was submerged with 2 metres of water—you can see the marks on the tree trunks. Fortunately they give campers warning before any major releases! 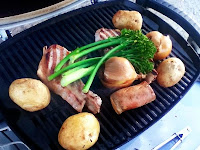 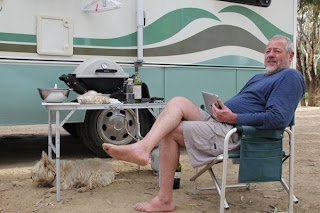 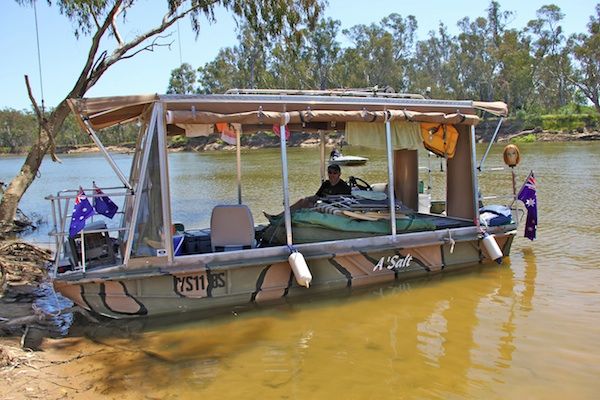 Whilst it looks like an isolated spot (and it is lovely and quiet) each day brings something new. One day around a dozen small boats came chugging into view.  They belong to a group of folks from South Australia who have an annual 4 week get-together along the Murray River. This year's trip is from Yarrawonga to Echuca, only around 150kms by road, but many hundred by the twisting river, it had taken them 2 days to travel from Yarrawonga (a 30 minute car journey). 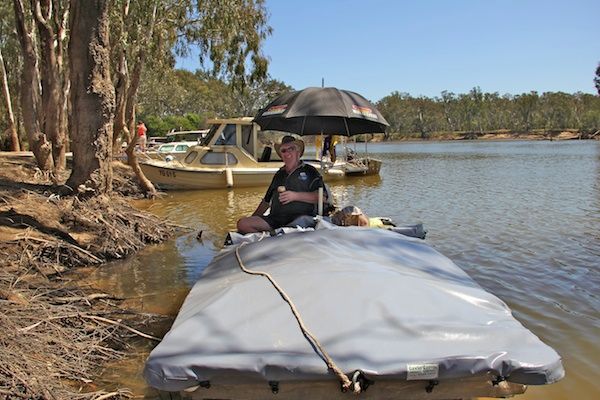 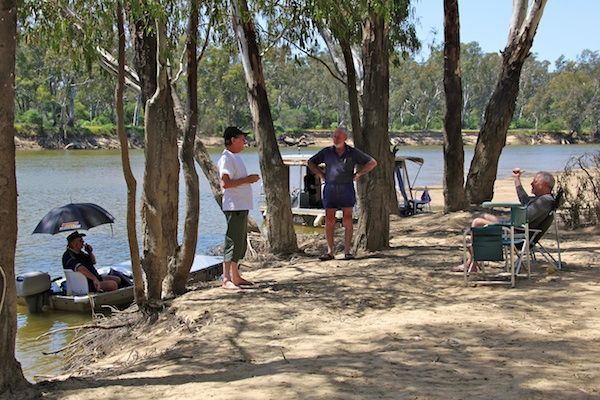 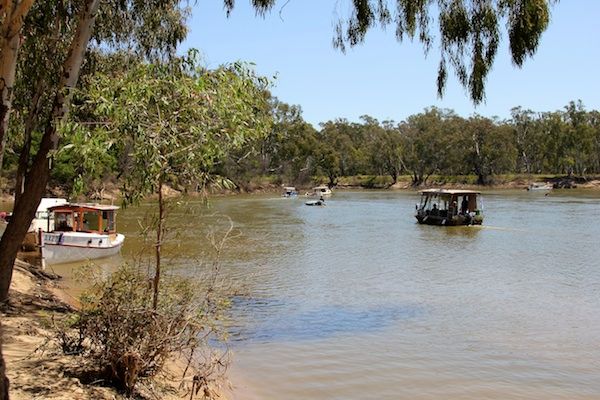 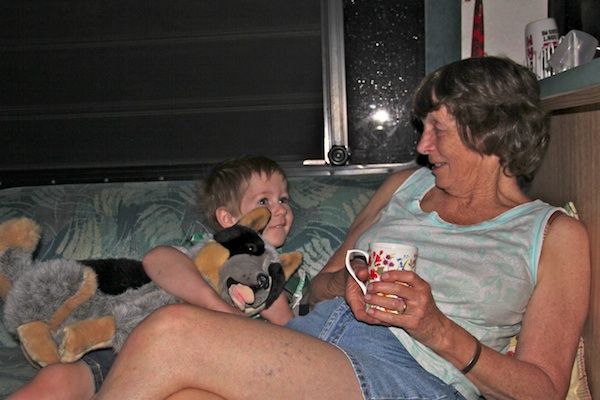 Another happy surprise was a visit from my friend Pam, a fellow motorhomer, who's currently at home in Cobram enjoying spending time with her youngest grandchild Tylan.
Labels: 2011 trip, Victoria