My latest stopover is on the 6,500 acre farm called Lakeside which is just on the edge of the Yenyening Lakes near Brookton in Western Australia.

On Thursday a team of 4 shearers, 3 shed hands (roustabouts) and one wool classer arrived to shear around 2,000 head, a job that would hopefully take four days. They worked hard Thursday and Friday and reached the halfway mark, however on Sunday we had a tremendous downpour which dumped 20 ml of rain in 15 minutes and the men here only managed to get around 100 sheep into the shearing area. At this present time I haven't heard what's happening, and whether the shearing team are coming today, as they're not able to shear wet sheep.

Wally, Merv and Terry, ably assisted by Spike and Nuggett, the red kelpies, started bringing the sheep into the holding yards from all over the property the night before shearing began. 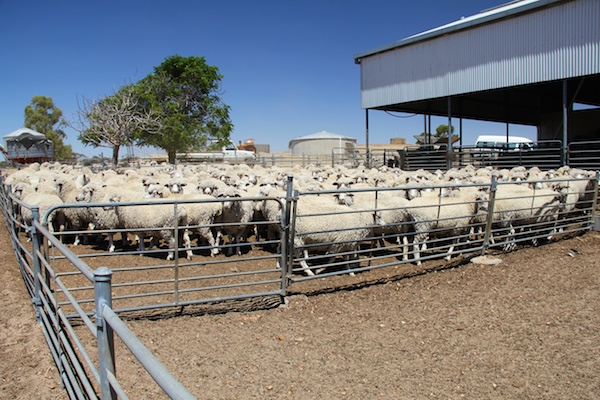 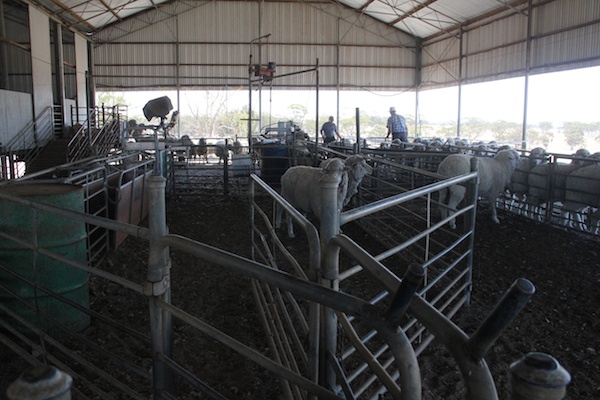 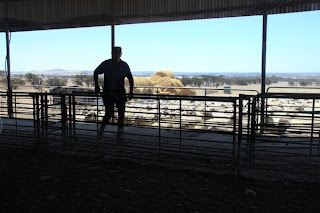 First sheep to be shorn were the Merinos, and according to one of the shearers Wally has the largest merinos in the area, something which the shearers don't really appreciate!

Work kicked off at 7.30am with the team working solidly through the day with a half hour morning and afternoon "smoko" and one hour lunch break. 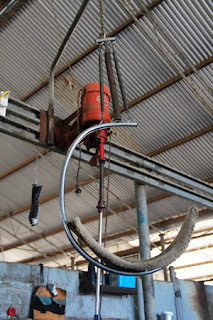 Working from a sling which helps support his weight, the shearer works bent over, holding the sheep between his legs, pinioned by his body as he works. 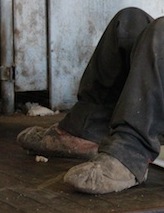 The other essential piece of equipment is the booties worn to shear. Made from inverted sheepskin these are apparently the ultimate for someone on their feet all day, although not much of a fashion statement.

The shearer begins by removing the belly fleece which is separated from the main fleece and removed by the roustabout. Generally a fleece is removed in one piece in 3 or 4 minutes depending on the size and condition of the sheep. Shearers are usually paid "by the sheep", so the faster they go the more money they make (somewhere around $5 per sheep I'm told). 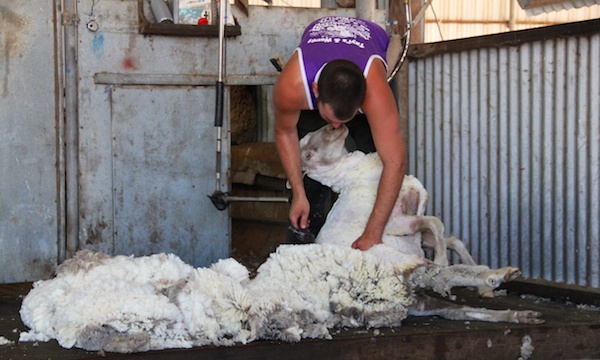 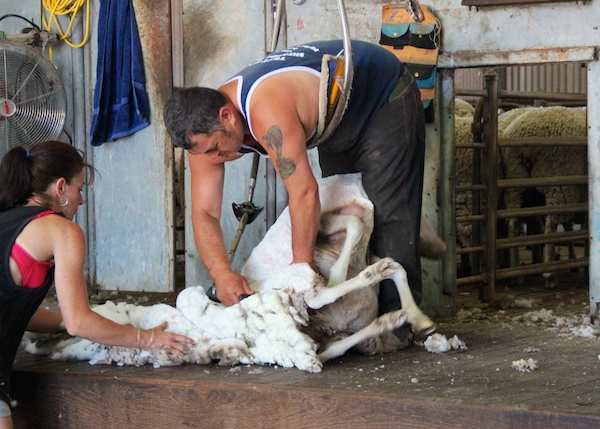 The fleece is picked up by one "leg" then another, and with a flick of the wrist, is thrown across a special table, with the external side of the fleece facing up. 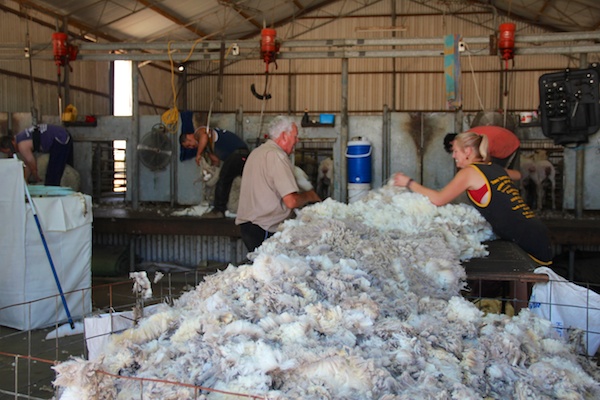 The fleece is then "skirted" removing any dirty fleece, wool imbedded with grass seed and other gunk. These sections are pulled by hand and added to a bin on the side.

Once the whole fleece is picked over the wool classer decides which wool bin to put the fleece in, according to the quality of the fleece. It's then ready to be pressed into bales to be sent to a wool auction. 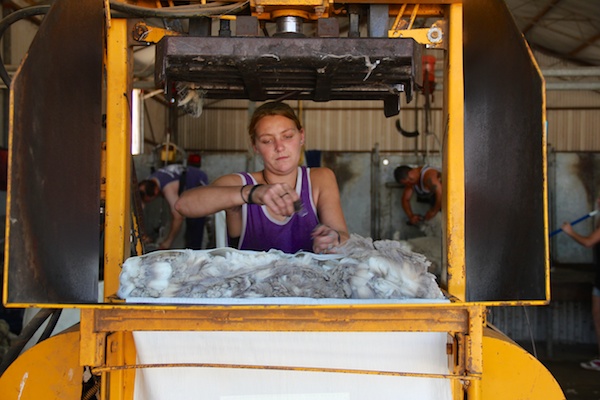 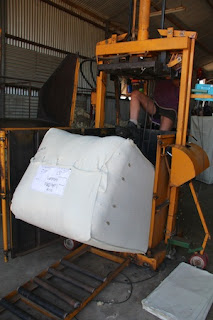 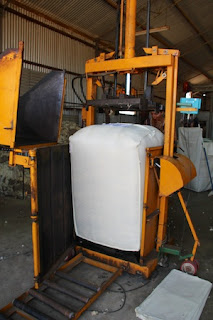 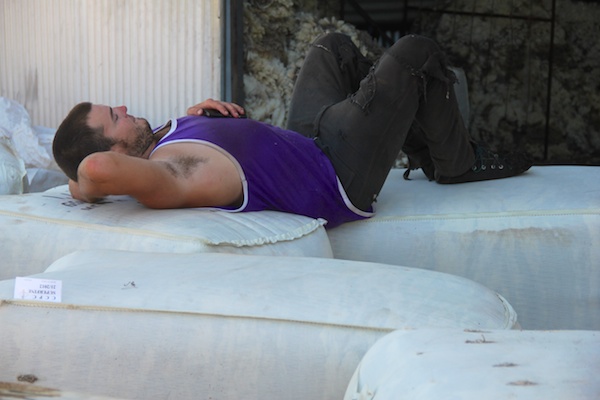 Shearing is really hard, back-breaking work and most of the shearer's break times are spent lying flat on their backs.
Labels: 2012-13 Summer, Sheep, Western Australia