I'll have tuna with that 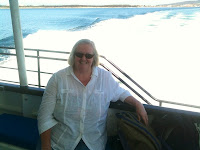 The most amazing thing on the Swimming with Tuna trip at Port Lincoln was how BIG the tuna were. 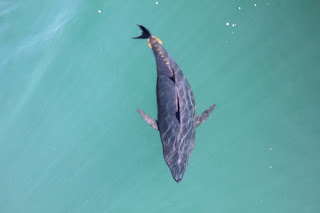 The one's we were swimming with were juveniles and around 60kg and up to 2 metres in length. 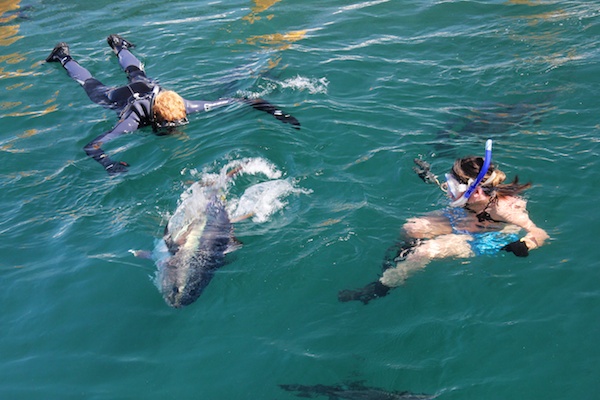 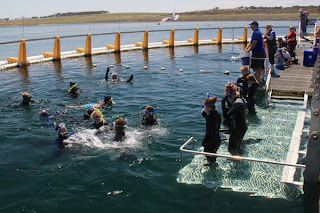 Most folks wore the wetsuits that were offered but after noticing that a couple of folks went in with swimsuits and neoprene gloves and boots I decided to follow suit.  So, after waiting for the rush to die down in I went … 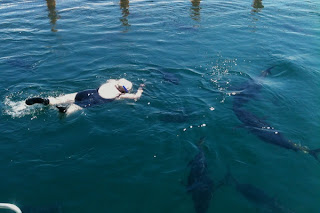 It was FANTASTIC … the speed of the tuna and their dexterity and skill in manoeuvring around us clumsy land-based creatures
Labels: 2012 Spring trip, South Australia