A bit of maintenance work

Highland Drover was drastically in need of some TLC so it was time to visit Brett's Camper Care. 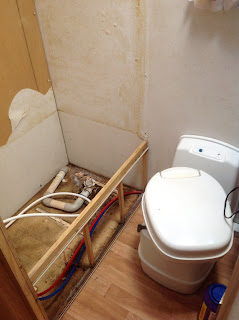 First and most urgent job a leak in the shower, Brett removed the bath and shower and found that the wood and polystyrene base had rotted away and needed to be replaced — at last a shower that doesn't leak. 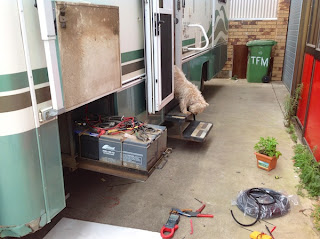 Next job was adding an additional 2 solar panels so I don't need to use the generator so often … much to some peoples relief.

Whilst rewiring the solar panels Brett discovered that some of the wires were incorrectly going to the control panel rather than the batteries and he fixed this as well.

Later he also discovered that the invertor/charger that charges the house batteries whilst the truck is running wasn't working and this was replaced by a newer model.  Result I'm now super-charged :-)