Almost a year ago I was travelling west on the Nullarbor with my beautiful Skye … and now here I am travelling east, this time with a new loyal companion, Levi — it's difficult to imagine two such different animals, both in looks and personality — two wonderful and special dogs.

After finishing the last WA petsit we headed down to the coast and camped for 4 days at Cosy Corner near Albany. 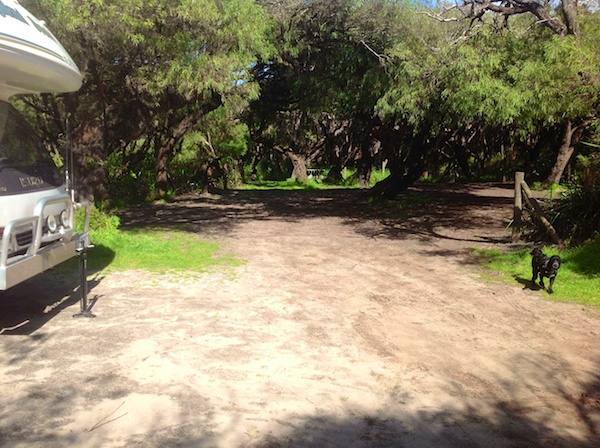 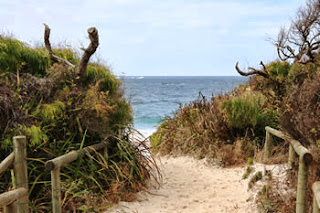 We actually camped in the same spot as in 2008 when Danni Skye and myself stayed here for a very enjoyable week — we had Italian very keen fishing neighbours who shared many meals with us.  No such luck this time … we did have good neighbours but no fisherfolk. 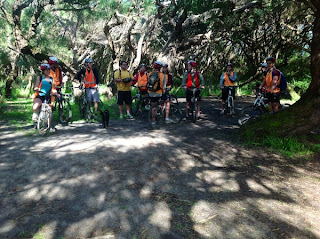 Camped down the far end one night were a group from Albany Secondary College — they were on the final night of a one week cycling/camping tour. Initially I was a bit apprehensive (having encountered noisy all-nighters in school groups before), HOWEVER this group were all asleep by 7.30pm — nothing like a bit of exercise to calm teenagers down. 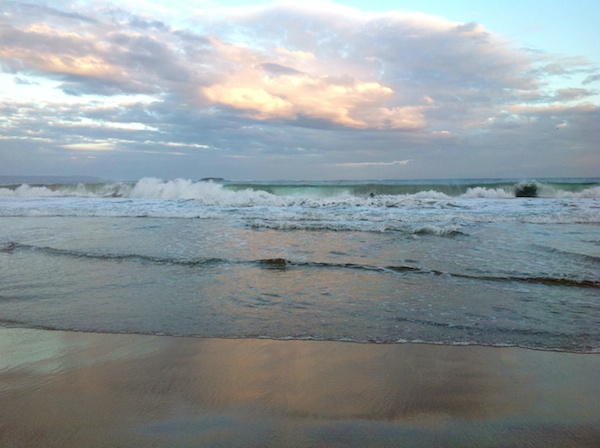 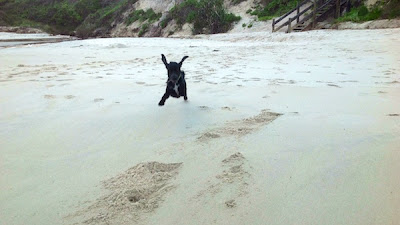 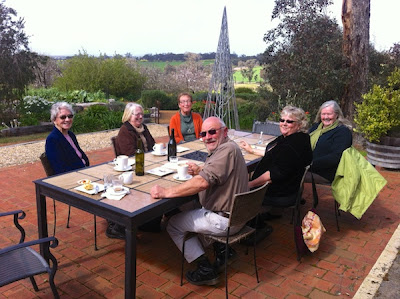 Before leaving the area we had a farewell morning tea at Gilbert Wines with the dog walking folks from Kendenup. Joining the group were Neil and Laurie from California, they are housesitting their way around the world — Kendenup will cerrtainly be an "experience" for them!

I did succumb and purchase a bottle of Gilberts' Two Lads Cab Sav.  It's supposed to be cellared for a year or two don't know how much it will appreciate being bounced around under the sofa! 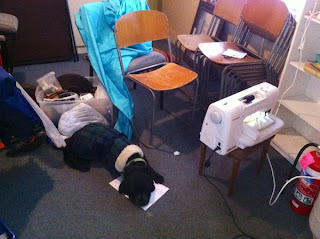 The other reason for heading up that way again was to try and sell a few dog collars to help finance the long trip. Mt Barker Anglican Church holds a monthly market, so I booked a stall for the enormous price of $7.  They gave me a great location at the door to the church hall and it was such a lovely sunny morning that I went prepared with sunscreen and a hat.  All went well until 10.30 when the heaven's opened — most outside folks packed up and left but as I'd just been given 3 orders I moved into the store-room with Levi (in his warm coat).  In the end 5 collars were sold which is a help towards the diesel.
Labels: 2013 heading east, 2013 winter, iD Pet Collars, Levi, pet sitting, Skye, Western Australia