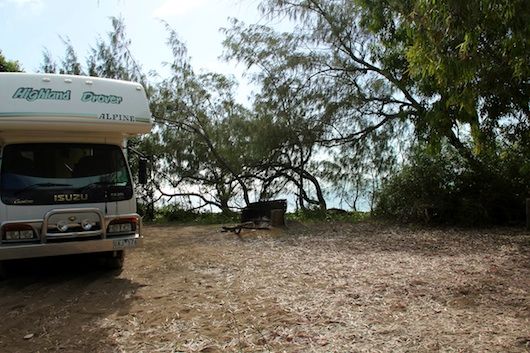 Had a great 3 nights camping at Carmila Beach (just south of Mackay) beachfront and all for free, that's the ocean only a few metres behind the trees.

Once again I've been fortunate to have friendly neighbours and we've enjoyed evenings sitting around the fireplaces provided here, it's getting slightly warmer at night as I travel further north but a campfire is still much appreciated.

Last night Skye disappeared for a while and she was found begging food (how unusual) from some young English backpackers, Charlie & Grace, in a Wicked Camper.  They'd come in late afternoon and weren't able to get a beachfront site so I invited them to share mine as there was room for them to squeeze in.  They also wanted to sleep in a bit and where they were parked would have lots of passing traffic and of course I wouldn't be making lots of noise early in the morning! 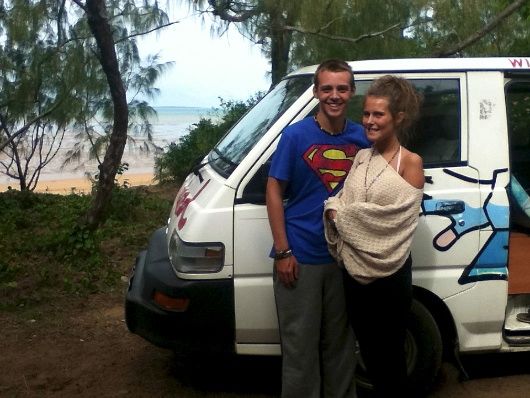 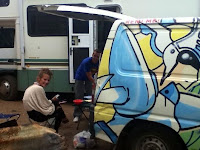 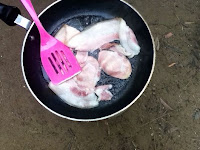 Being British they went for a swim this morning and then came back and had a "fry-up" - I was happily surprised to be offered a bacon sandwich.  Later I noticed that they'd given me the best part of the bacon and left the fat and rind for themselves - how generous is that?
Labels: 2011 trip, Northern Queensland